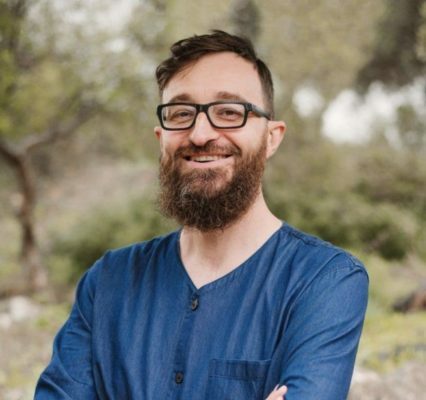 Social entrepreneur, founder of the ethical crowdfunding platform Goteo. I work as a consultant in numerous national and foreign organisations applying my knowledge and extensive experience in design and development of agile methodologies and open source tools for digital social innovation. Since 2001 I have been carrying out actions and projects in which the social uses of Information and Communication Technologies and networking are applied to the promotion of communication, self-training and citizen organisation. Member of the Board of Trustees of the Civio Citizen Foundation.

At Platoniq I interpret the needs of our partners taking into account new social challenges, opportunities and technological paradigms. I have been running projects since 2001, applying the social uses of ICT and distributed networks to improve communication, self-training, social entrepreneurship and citizen organisation. My work with Platoniq has been presented at innovation conferences and digital culture festivals and has been implemented in organisations such as the Basque cooperative Mondragon and in several educational spaces in Europe, Asia and Latin America.

Four out of eight Big Challenges in citizen participation

Since societies have understood that learning is fundamental to progress, there are games with rules. Most games were born as a reflection of real life, many times — let’s not lose sight of it — of war. Chess was taught in the Middle Ages to learn military strategy. In knights’ tournaments, pure military training, gambling elements such as points, medals, levels and prizes ranging from winning gold to damsel’s ribbons were already used. Can gamification teach us about democratic values and institutions or how to participate in our democracy? Here are our first four Big Challenges in citizen participation from a list of 8 to be revealed in the next post.

Challenge 1: Participation only motivates us when democracy is threatened.

Today, digital platforms for citizen participation created by local governments “represent”, in a way, the democratization of participatory politics. Citizens can access them and be an active part of their government’s proposals and decisions. However, people continually enter the Internet but rarely access these platforms. Why? Simple: politics as content is boring; and collaboration in public affairs is quite tedious. But WARNING, as innovative democratic artisans, we are not spared and we often repeat the same mistake of using languages that are aseptic or cryptic for the citizens.

Since academic research, driven by the juicy video game industry, discovered the types of players, the intrinsic motivations and the psychological triggers of impulsive behaviors, gamification has not stopped growing. Elements of the games such as points, leader boards, levels or rewards are being incorporated into educational contexts, human resource management, consumer loyalty or personal and health care. The aim of gamification is to maintain the motivation and commitment of people in activities that do not have a recreational objective. Gamification is especially welcome in environments that are lived or perceived mostly as very boring. Political participation is one of them.

If we think about the moments when political action, formal or informal, motivates many people to get involved, a backdrop of instability, injustice, in short, of alterations sufficiently striking to provoke emotions, whether positive or negative, appears. We often hear the defense of boring politics, especially from a conservative point of view. But also from the progressive point of view when it has been in the majority: when politics is boring it is a symptom that everything “is going well”. In any case, stability and democratic maturity — which is dreadful, inaccessible or incomprehensible to the majority — does not have to forget being interesting and fun. At Platoniq we have designed workshops on co-creation of incentives for participation and workshops on pro-commons data culture and digital care.

In Platoniq, as facilitators, hosts and co-designers of processes of participation and co-creation, we believe that it is our responsibility to promote spaces that are aware of and actively address problems of identity, power, privilege, oppression and legitimacy. As we increasingly aim to develop practices that focus on social justice in the methodologies that we develop and the projects that we design, we believe that it is critical for us to take responsibility, in the first place, for the impact that our work has and to critically reflect on who is affected by it and how. We are developing a “safe(r) spaces” framework for Platoniq to evaluate our own projects and to be accountable for our work using a set of principles and practices. Our aim is for participants to get involved without compromising their safety and well-being, and for the processes of participation to be carried out in the most radical way possible. Since Platoniq often designs methodologies that are implemented by external partners and collaborators, we are also developing a set of resources to support their planning, implementation and accountability.

There is an urgent need to create an innovative and secure model where citizens can choose the degree of access to data they wish to share with the public administration and third parties. It is essential that citizens understand the levels of openness and disclosure of personal data that are important for the evaluation and improvement of public services, such as health services or labour rights. However, technological security is necessary to avoid misuse. Administrations should be respectful of data and use it according to the restrictions and level of openness that citizens have determined.

On the other hand, the data and proposals collected in the participatory processes must be included in the plans and implemented in the policies and investments of the administrations and/or management companies. Our participation must also be protected from manipulation and cutbacks. Once we have participated, we must be able to follow the thread of the life cycle of our proposals and at no time should political changes of government cause them to disappear.

On the other hand, it is key that the technical staff in public participation facilities and services integrate the participation system into their daily work and are proactive in informing service users and proposing improvements for their greater involvement. 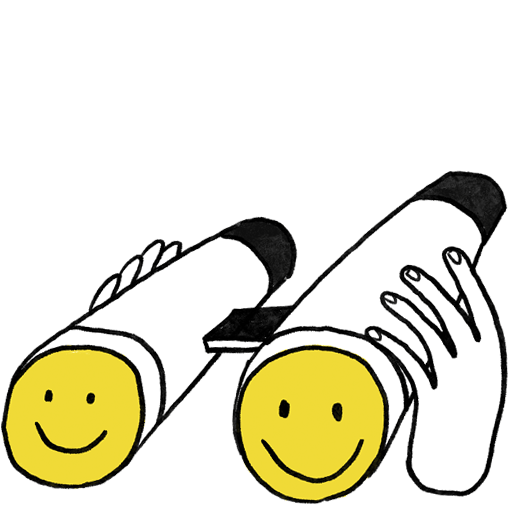 If you like this article support our work by buying the T-shirt to freshen up your democratic praxis and your fall fashion!
Support

The public reception and the great expectation generated by the digital platforms for citizen participation of the city councils of Madrid and Barcelona -Decide and Decidim- highlights the need to promote this form of direct democracy. These platforms are essential pieces of the puzzle of digital democracy, to create a framework for the interrelationship between citizens’ demands, the agents involved in citizen services and the design of the city’s plans and investments.

To cite an example that we know best, the city of Barcelona has ahead of it the challenge of setting up a comprehensive digital Training and Mediation Plan for democracy. This Plan contemplates different dimensions: a dissemination campaign to make the Decidim platform known to wide social sectors, training sessions in the city’s local facilities for the use of Decidim (libraries, neighborhood centres, civic centres, old people’s homes…), dissemination of Decidim among the organised citizenry and the social fabric and, finally, specific training aimed at the professionalization of experts in digital mediation and facilitation.

At the same time, Barcelona is becoming a beacon for the development of digital and democratic infrastructures for participation based on free software and open knowledge. As a result, Barcelona is exporting, on the one hand, a model and a way of understanding and organising participation that incorporates free digital technologies and their democratic principles from the outset, such as Decidim, and, on the other, a model of technological development and digital data management, fully guaranteed, that puts people and their ability to decide at the centre.

Decidim has become an ideal instrument for generating democratic processes, also in municipal spaces and projects that require collective spaces for deliberation and joint decision-making.

We intend to evaluate and analyze Decidim as a public citizen service, comparing its use among the cities that currently have this platform incorporated as a mechanism for digital citizen participation. Analyse its potential as a model for digital participation on a global scale.

In Platoniq we believe that digital technology is a powerful tool for strengthening the right to participation and the promotion of democratic culture. In this sense, we collaborate in the development and expansion of the digital platform Decidim and we are part of projects of citizen participation such as Open Heritage, a European project that investigates how to manage the cultural heritage that goes from buildings to neighborhoods or areas with archaeological or architectural value, through participatory processes, both at a physical and digital level.

Likewise, from the Coincidim (Spanish for Let’s co-influence) project, we are working together with grassroots activists organization from the Barcelona Metropolitan area such as Aigua es vida (water is life) and the catalan NGO Enginyeria Sense Fronteres, to transform the platform into a space where the right to information, access and participation in the field of basic amenities is guaranteed, turning it into a tool for citizens to guarantee their fundamental rights. The running pilot is focusing on basic access to water and energy within vulnerable neighborhoods.

However, we are aware that social inequalities are reproduced and perpetuated through the digital sphere. For this reason, and in order to include all of us, we believe it is essential to consider the digital divide in any process of digital transition.

Note: This text was originally written in spanish for the “Frena la Curva” festival, as part of a collective reflection process from various individuals involved in democratic innovation organizations and citizen innovation labs.

A deep dive post about each of these big challenges will be published soon. 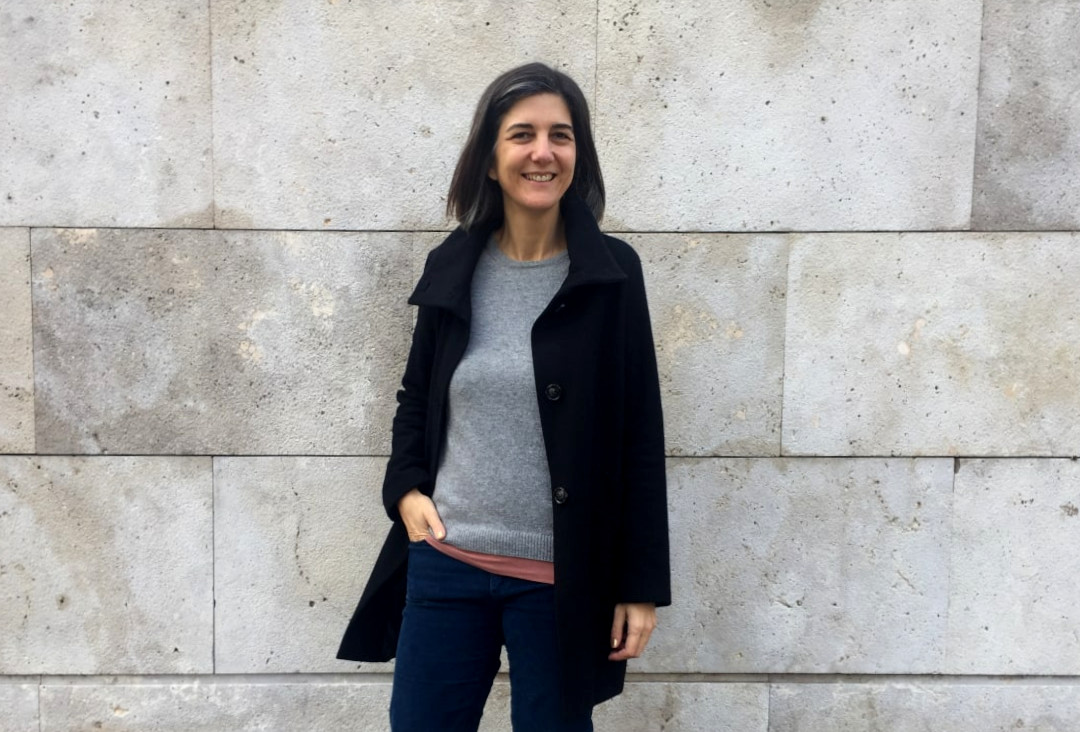 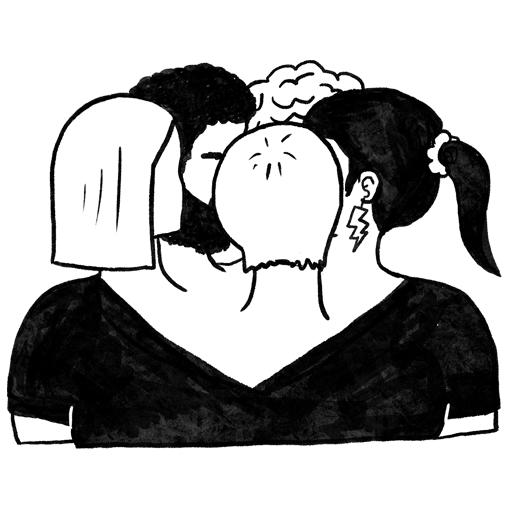 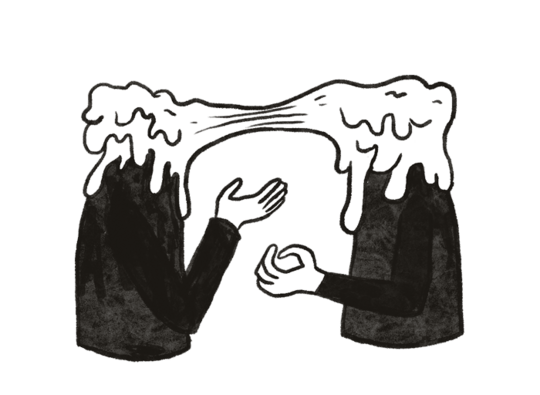