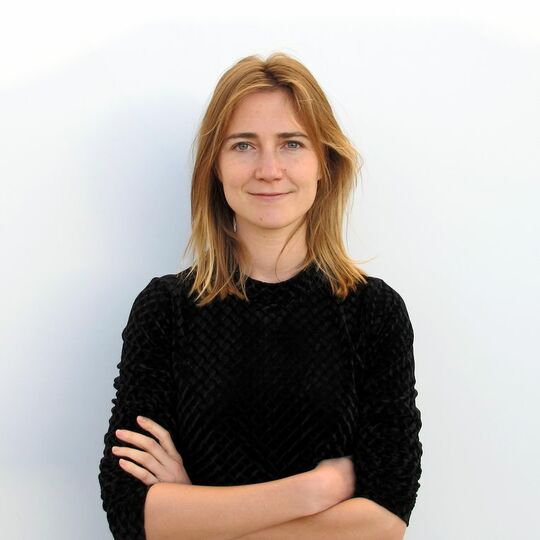 Evelien Vos studied Management and Organisation Science at Utrecht University. She worked as a researcher for six years (Utrecht University and DSP Group) and she has been writing, interviewing and presenting for various organisations since 2016. Eveilen collaborated with Platoniq by writing the stories of Ahmed and Precious for the CultureLabs EU project.

Tiffany was in the kitchen as well, warming milk. She looked like she didn’t sleep at all. She’s Nigerian too and she is nice, but we don’t speak a lot. Her husband knows some other Nigerian men in Ancona. Traffickers. You have to be friends with the traffickers, I know, but it makes you a little lonely. Better not to trust anyone.

I hang out of the kitchen window and it seemed to become a nice day. The sky was full of those little black birds that are everywhere in the city and you could smell the sea. I still like the sea. Sometimes I walk by the coast on my own and look at the big boats with tourists, if I don’t have work to do.

Today I had. Yesterday Ismael phoned me that he would pick me up at ten in the morning to bring me to this man I have seen a few times now; a small white man with a hairy chest. He wears a necklace with a golden cross. He smells very bad and sometimes he shouts things I don’t understand, but it’s only one hour.

After my tea and the rice of last night, I had a quick shower before my roommate would wake up. I put on the short dress with the long sleeves I got from another man and the heels one of the trafficker gave to me. I checked myself in the mirror in the bathroom and I thought I looked nice. Sometimes I remind myself of my mother, although I am only twenty-one and I think she must be more than forty now. I have the same eyes. She had very friendly eyes, although she was always tired and sometimes drunk.

Ismael was late, so I walked the street up and down. There is a lot of stone in Ancona. That was the first thing I noticed when my teacher came to pick me up for the Italian class. She was very pretty and friendly and on our way to school she showed me where the doctor is and she told me that there is also a psychologist; someone you can talk to about your problems. ‘What for?’ I asked her. ‘To help you to deal with traumatic experiences,’ she said. I don’t know what that is, but it sounded very weird to me. Talk to someone about your problems.

After half an hour walking we arrived at the school and I had my first class with a group of fifteen other people. I think we can have two hours of classes four days a week. Imagine that! Four days a week! After the first class I already knew this was not for me. You have to read a lot and I know how to read, but I am not an expert or something. I think I am just not someone for a classroom.

Ismael arrived about half an hour late and he was in a strange mood. Maybe he did drugs. I don’t do drugs. I don’t like the idea. We didn’t speak a lot. He turned the music on and he drove me to the place he rents in a bad area of the city.

On our way to the apartment, we’ve past the Court of Ancona, a very big building with tall windows. The police didn’t want to give me the papers to stay, so I had to go to Court and tell my story again. In Europe people want you to tell your story, but I never know where the story begins and what to tell and what not. Well, some things are clear. Never tell anything about the traffickers, like I said before. Ancona is like a spider web, all the Nigerian people are connected and you’re watched everywhere. If you say something about the traffickers, you’re dead. That’s the only thing I know for sure. So I didn’t tell them anything about the traffickers and told them the story of my niece and the boat again, but afterwards the woman of COOSS, who came with me to court, said that this story was different from the last. She looked at me in a sad way and I wanted to tell her that she should not be sad, but I didn’t want to be rude either. She asked me where I got my shoes and my bag and I knew she knew something, but I just said I met a girl in church who gave it to me. ‘It’s your only possibility to stay in Europe, you must have a coherent story,’ she said. I don’t know what coherent means, but I think I will be alright. I am sure that God will take care of me. So I just smiled at this woman and she smiled back.

Although I knew I had disappointed her, the woman phoned me the same week and gave me the opportunity to do something nice. She knew I used to sew my own and my sister’s clothes and she told me that there was a class where I could sew once a week. At first they said that I could not participate because I don’t speak Italian, but in the end another girl didn’t want to go, so I could go in her place. I was lucky. Those classes were nice moments. In the beginning I felt a bit stupid, because I wasn’t used to this kind of needles and fabric, but the teachers helped me and it was a good thing to be amongst women. Sometimes I just did nothing and closed my eyes for a few seconds and I felt very peaceful.

‘Would you like to start your own business in the future?’ one of the teachers asked me when we had a coffee break. She looked at the scars on my arms and I knew she wanted to know my story as well. ‘Maybe,’ I said and I laughed. I didn’t tell her that I am not coherent.

After eight days the classes ended. I went to all. Now my weeks are a bit empty again. Like today, the only thing I had to do was to be one hour with this white man again. But it’s no problem. Afterwards I took a bus with the money Ismael gave me and I bought a milkshake with the money that was left and then I sat on a bench in the harbour and watched the boats 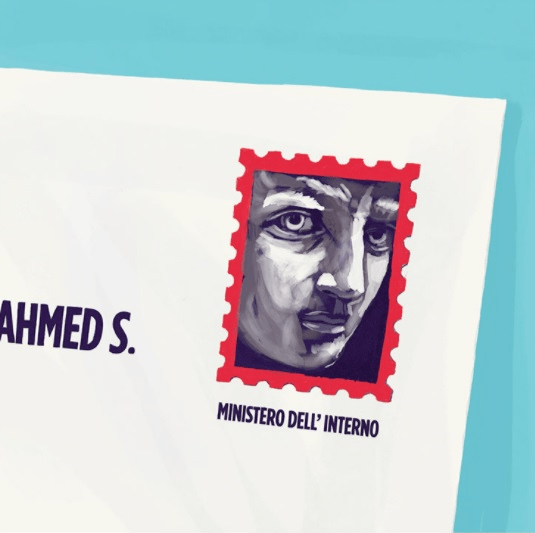 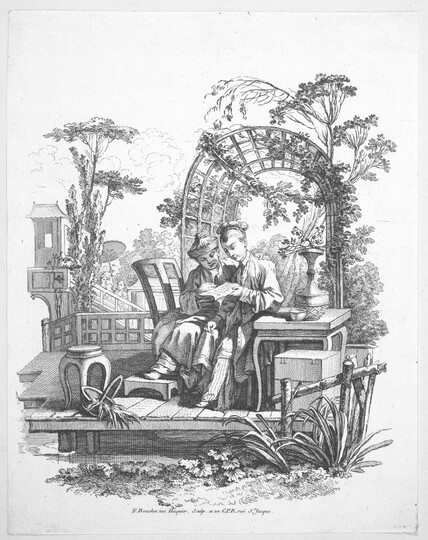 Storytelling is a powerful bridge to connect people